Cabo Sun and whats to come. 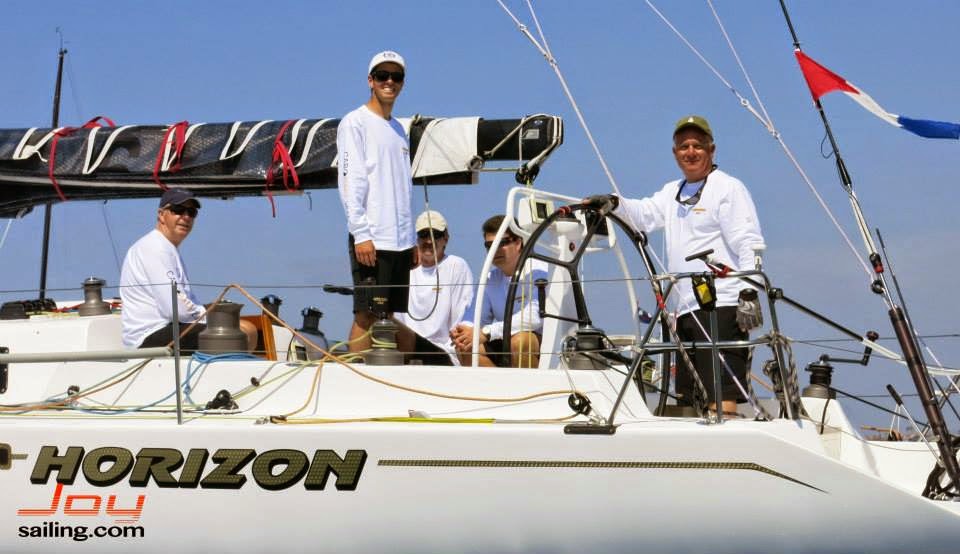 I hope you are all starting to smile a little more knowing that our summer weekday sailing nights will be starting the first of May. Let’s not forget about April which is always the most active month of the year for sailboat racing. Before I jump into this months main event I thought I would review NHYC Cabo San Lucas race.

Team Linstar offshore team sailed its Santa Cruz 50 Horizon to a third in class, forty-seven seconds out of second, and 8th overall. We sailed very well off the starting line and lead the fleet to San Diego. At this point we sailed into very light wind while most of our fleet sailed further out to sea and put eight miles on us the first night of the race. Rather than give you all the race details we had to play catch up for most of the race and hit the last three major wind shifts to place as well as we did. For my readers that have sailed this race before the outside finish strategy paid off big dividends. 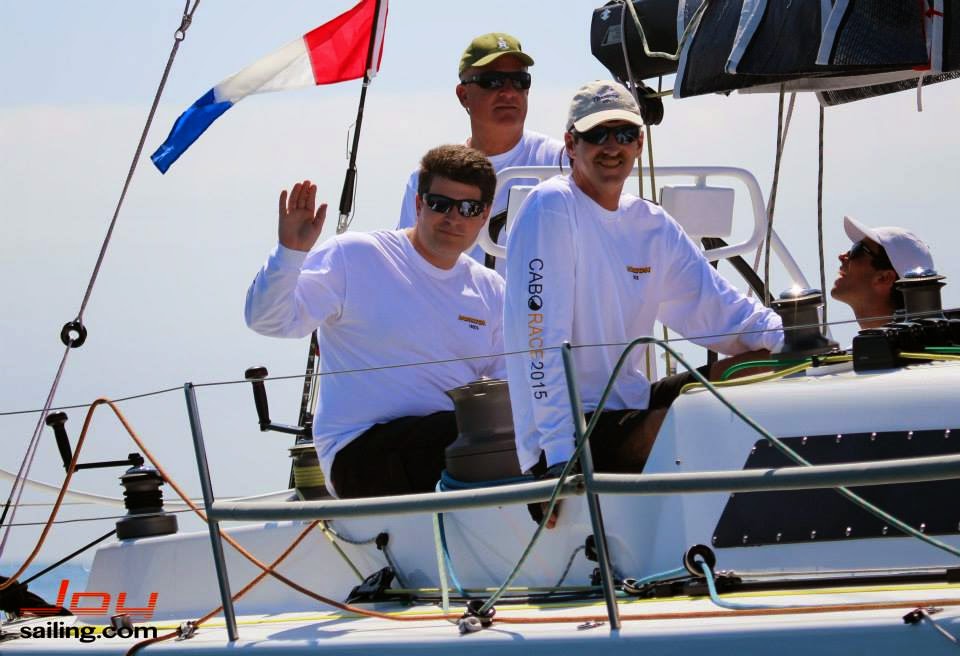 One of the most exciting moments of the race for us was when we had about thirty-two knots of breeze as we approached Cedros Isla on a very dark and chilly night. I was off watch and was awakened by the water rushing past the hull, almost as if you could hear the rumble of an approaching thunder storm, as we surfed down the big waves. With only forty-five minutes left before I had to be on watch I got out of my bunk and put on my business suit, some people call it foul weather gear and life harness. Just as I came on deck the crew on watch came down below and asked for everyone on deck to go through a gybe maneuver and spinnaker change to reduce sail area.

When you first come on deck, after awaking from a deep sleep, it takes a little while to adjust to the pitch darkness and regain the feel of the boats movements in the confused sea state. As I walked into the cockpit and then turned around to the sea condition I thought “Oh shoot this is going to be Mr. Toads wild ride again.” and clipped myself onto the boats safety lines and sank deeper into the cockpit. As we went into the boats gybing maneuver, moving the boats main  and spinnaker sails from one side of the boat to the other, the waves seemed to become larger, while the night seemed to get even darker. Just then a large guest of wind hit us and we rounded the boat up into the wind. It gets rather load at this point with the helmsmen giving orders to regain control of the boat and the sails a gear are snapping above your head while the wind is howling past your ears. Lets not forget about the fear factor of keeping yourself on the boat along with the rest of the crew. I have gone through this fire drill many times and this time the Horizon crew took it all in stride and regained the control of the boat and our composure to complete the maneuver in record time. Now while under control again and surfing down the huge waves with the spray hitting my face I smiled because I knew we were doing very well and would be passing our competition in these dark and stormy conditions. 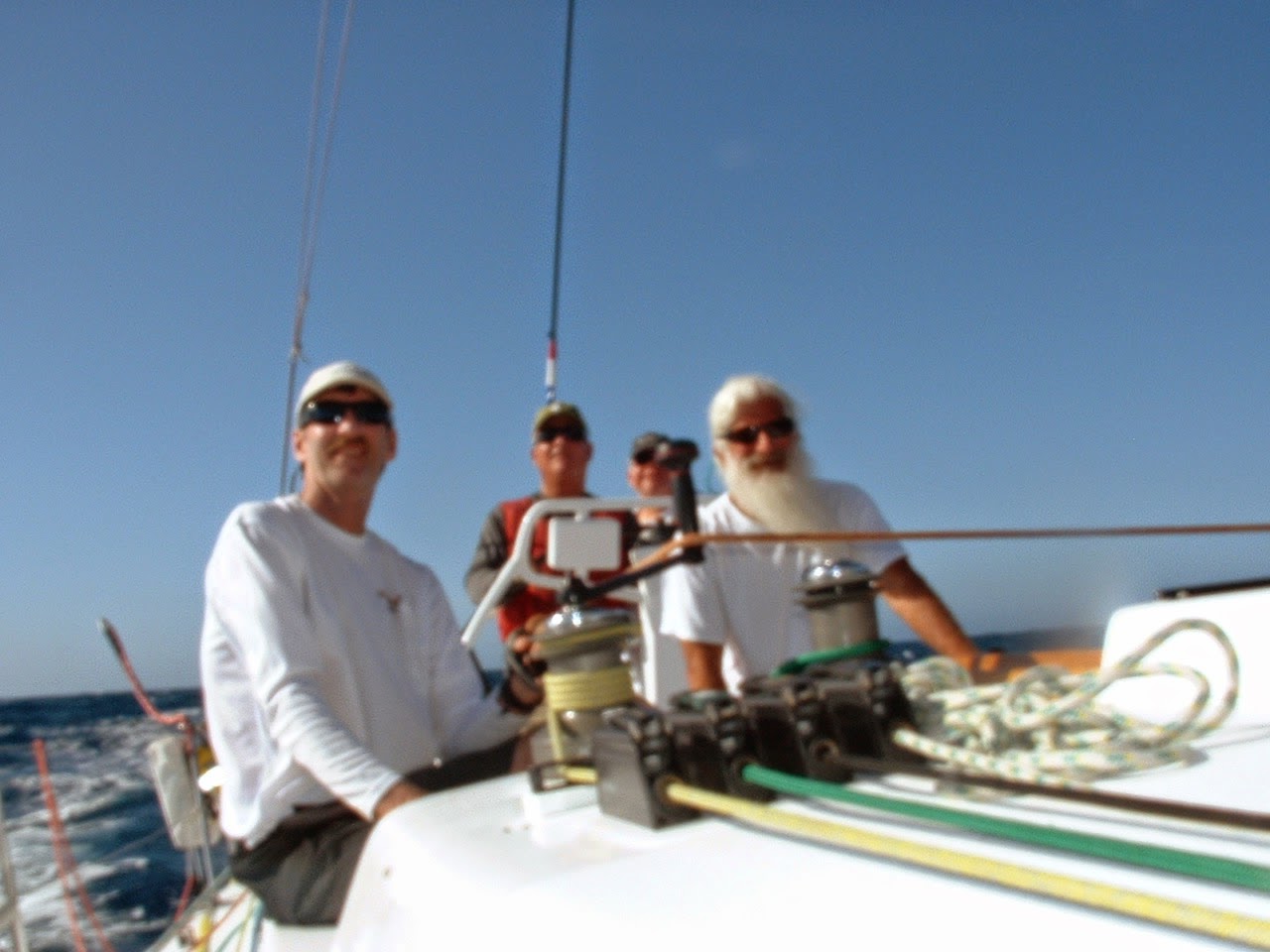 This year down the Baja coast I noticed the normal amount of dolphin lighting up the nights water photophores as they approached the boat like shooting stars along with a few sea turtles during the day. In fact we had a rather load bump one night and assumed we left a turtle with a rather gnarly headache. One afternoon, just past Cedros Isla, we noticed a large whale completely breach the water while the spay went high into the sky. We were over a mile away and three of us said at the same time “Did you see that, I’ve never seen that before.” 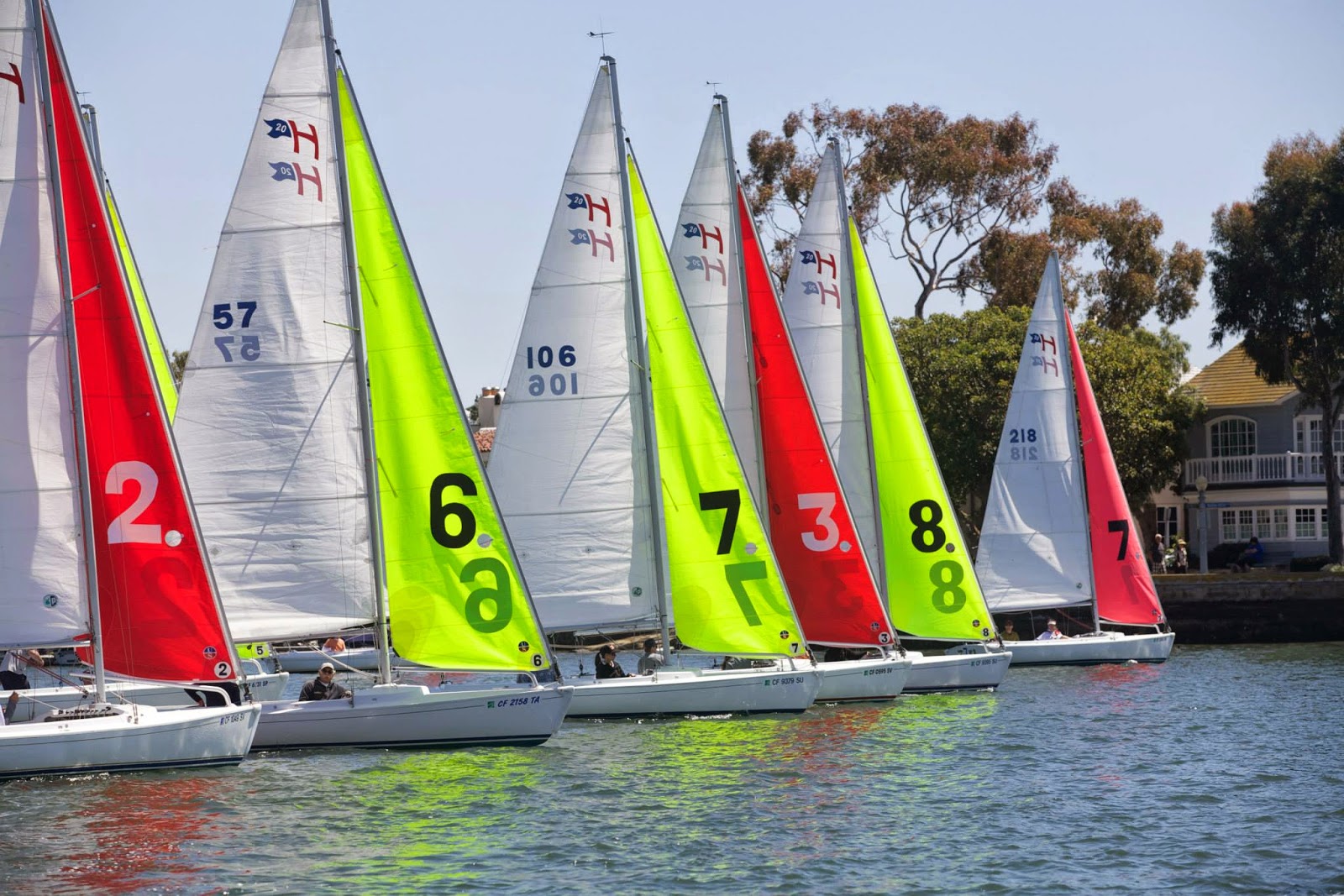 As we enter the month of April in Newport Harbor one event jumps right at us and that is NHYC Baldwin Cup.

The Baldwin Cup will start April 10th-12th and is sailed in Harbor 20’s with a ton of support from NHYC members and Harbor 20 fleet one. If you are on the bay this weekend you will start to notice all the moored boats disappear from the NHYC mooring field. All the racing takes place directly in front NHYC main dock along with being streamed live from the clubs web cam. This event promotes our harbor and sailing better than anything I have even witnessed. You can bet I will be on the main dock all three days.