On the Harbor: Biking around to check things out this summer

By LEN BOSE
I felt it was time to take a bike ride around the harbor to get a better feel on what’s going on and hopefully bump into a few people to discuss some of my observations over the summer...then get a better understanding of their concerns.
I first communicated with a friend, who prefers not to be identified, regarding the change in public access around the Sheriff’s harbor patrol office. The issue at hand – this is my interpretation – is that Lt. Corn reduced the time of the dinghy dock from 72 hours to 20 minutes, removed public parking and beach drop-off zones and closed off the service dock. After a bunch of hubbub this summer between the public, the California Coastal Commission, Orange County and the OC Sheriff’s Department, all the parties seem to still have their “panties bunched up.”
It was my understanding the Coastal Commission has received a Coastal Development Permit request from Orange County to retroactively justify many of the changes in access. The matter was in front of the Coastal Commission this week, which just happened to take place in Newport Beach. From a distance and without taking the time to pick up the phone and ask Lt. Corn for comment, who I have found very easy to talk to, it appears the OC Sheriff is taking their ball and going home still upset that the mooring contract was taken from them. I’ve also heard some other concerning stories this summer regarding the actions of some new deputies around the harbor. Yet still, on a positive note, I have witnessed Sheriff’s deputies stepping up and going the extra mile this summer. Remember the deputy that had to go aboard a moving stolen yacht and arrest the nut that was trying to steal it? I have also watched the Sheriff’s deputies deal with a boater, with a poorly maintained large vessel, which stalled in the middle of the Five Points Area and returned the vessel to safety. So, the question is do we all have our eye on the ball to make our harbor better? Is there a failure to communicate here?
Making our harbor better leads to my wish list. I wish we could have a second anchorage in our harbor and maybe even a day anchorage out in Big Corona.
While watching this year’s Jr. Sabot Nationals, which was held mid-week, taking place in the Five Points Area of the harbor next to the designated anchorage area this summer, I felt the anchorage should have been cleared. Could this happen in the future, probably not? Yet, if we had another location within the harbor, we could surely suggest that the visiting boaters use the other anchorage. Over the years, I have suggested a summer mooring field be placed for day use in Big Corona, and the idea did gain some traction, yet it was never acted on. Which I only can blame myself for in that I didn’t sell it better to the powers that be. What I did notice this summer, was a Newport Beach Lifeguard boat posted in Big Corona for most of the day. I dare ask the question without knowing the answer, but I sure would like to know the opinion of the lifeguards who worked this area if this idea is feasible.
Next on my wish list is a second launch ramp in town. This task is huge and very difficult, but the need for a second launch continues to grow. I never understood how quickly the parking fills up in the Dunes facility. I rode my bike through the launch ramp facility on the Tuesday after Memorial Day weekend. The first complaint by the boaters was that there was no parking for their trailers still attached to their vehicles. Most had to find two parking places which makes the launch ramp that much more difficult to use and to my understanding, they were lucky to find that. I was informed that the line for the vessel wash down was extremely long, which is why most of them returned on Tuesday to pick up their boats. A city-owned launch ramp would be a dream come true and make our harbor that much more user friendly.
There were some other observations I noticed while on my ride around the harbor. When did the city reduce and move the guest mooring field? I was told six months ago, the new guest field now is to the south of the G & H mooring field and there are only four? That’s too bad, as I thought the idea next to Marina Park was ideal. My sources also informed me, I am about a month late on this one, that the Harbor Department purchased two Maritime Patriot 210 boats which will be delivered the first of the new year. At first glance, these vessels appear to be a good choice, and with the proper maintenance they should last 10 years.
Let’s hope the City gives the maintenance contract to Basin Marine, so that the hulls will last even longer.
Sea ya!
~~~~~~~~
Len Bose is a yachting enthusiast, yacht broker and harbor columnist for Stu News Newport. 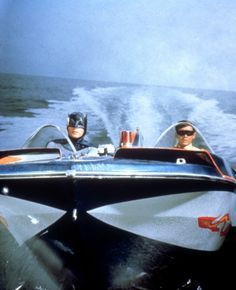 When I was five years old, 1965, my family was living in Hawaii and I enjoyed watching Batman on TV. If you recall the series one week you would see how Batman got in trouble and the following week you would see how he got out of trouble. At that time the weekly episodes would be flown over by airplane, one time the local TV station received the episodes out of order. Before the show started the announcer came on and explained what happened  “ We received the wrong episode this week so we will see how Batman get’s out of trouble and next week we see how he got into it.”  I still remember my mother’s laughter when she heard it.

Anyway, the point of the story is to explain that in my last week’s column I mentioned that I should have contacted Lt. Chris Corn from the O.C. Sheriffs department first to confirm what I had heard and read. Like I had mentioned Lt. Corn is very easy to talk to and he gave me a call when he read my column. So to “Get it right” I need to eat some crow.

The dinghy dock is now open from 6:00 Am- 10:00 PM and so is the Beach access. There is a beach drop off zone and 10 parking spots, 21 spots on the weekend. I regret not picking up the phone in the first place, the good news is that I confirmed just how easy it is to contact Lt. Corn and get things right.

Len Bose
Posted by Len Bose at 2:21 PM No comments: