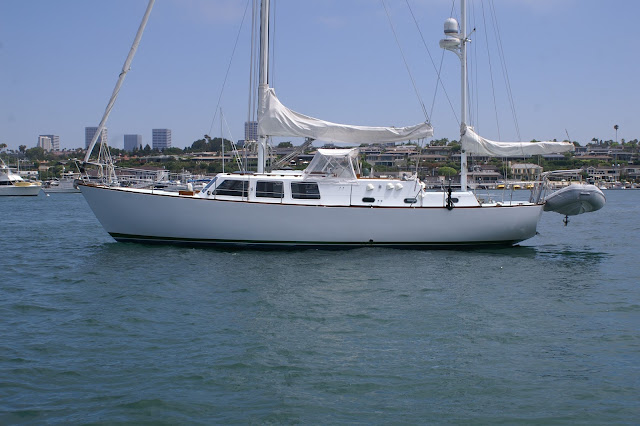 FOR SALE: Cal 246 OHANA $ 115,000The Cal Cruising 2-46s were designed by Wm. Lapworth and offers excellent sailing performance. The interior layout features two staterooms, two heads, two showers, large deckhouse salon with up galley, a more comfortable cockpit than most 50 footers, a large engine room, 260 gallons of fuel and 130 gallons of water. This particular one is equipped with an 85 HP Perkins diesel, fuel and water tanks replaced, NEW windows, all NEW wiring. This is a very clean boat owned by an experience yachtsman. 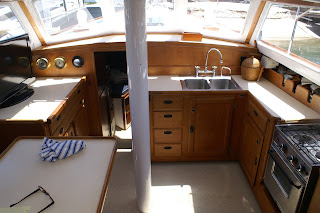 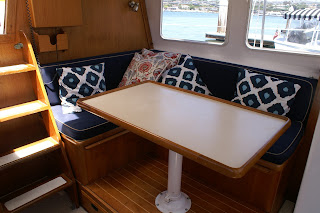 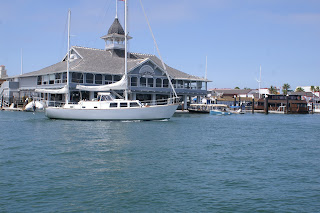 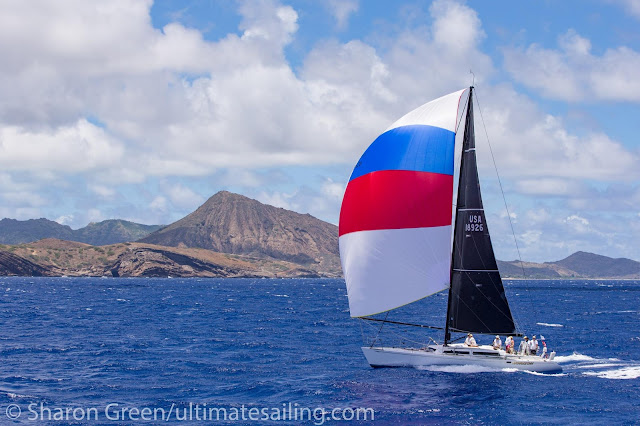 I always wonder how I can afford this stuff? On July 5th at 13:00 just off of Point Fermin I will be aboard the yacht Horizon starting the Trans Pac sailboat race to Honolulu Hawaii. This is the tenth time I have started the race and have never been more confident in the boat and team aboard Horizon.

There are fifty-five boats that have signed up for the race and in our Division 4 we have ten boats that are very similar in size, speed and manufacture. All ten boats where built in Santa Cruz California with six of the boats being Santa Cruz 50’s and the other four Santa Cruz 52’s. You can call it the only corinthian class/one design ocean racing fleet in the world. For all the 40 + year old armchair racers this year with the dream, in what other class can you have real food, with a real head/ bathroom and a dry bunk? Then add the exhilaration of "Fast is Fun” aboard Horizon, in this years Coastal Cup we hit a new boat speed recorded of 28.8 knots.
Thats fast and scary fun! 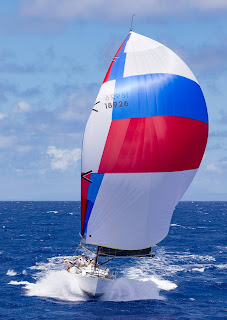 Our goal is to bring forth the best possible effort for the 2017 Trans Pac Race. The yacht Horizon has had one of the most successful offshore racing records on the West Coast of the United States for close to twenty years. Her captain has owned the boat for the last five years and this is our second Trans Pac with her.

This seasons effort started back in October of 2016 when I started to put the sailing team together and preparing the boat for her annual maintenance. Quite often people approach me and ask if they can join our team, which is always a good thing. I had one person ask me what are the qualifications needed to apply? I smiled and had recently noticed that our whole team can easily beat me on the Harbor 20 race course and that was my reply to this prospect, “ You have to be faster than me.” Thats not the whole formula, just a big part of it.

The Mojo started flowing over us from the start with 32 year old Doug Cary signing on as our maintenance man and delivery skipper. Cary had just arrived from the East coast where he had been working with a very prominent sailing team. Cary keeps the boat together and does the bow for us.

Greg Helias 32 years old from NHYC, Helias was on the winning Baldwin Cup and Lipton Cup team over the last season. Helias brings his natural talent and a type of calming energy that unites the team together. 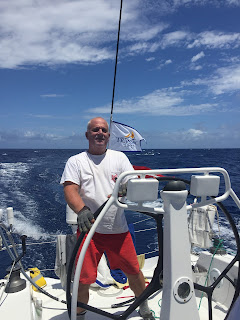 Justin Law 32 years old from NHYC, Law was apart of the previous, three years, winning team of the Baldwin Cup and is one of NHYC go to people for different challenge events. Law is loaded with natural sailing talent, very few people love the sport more than he does. He keeps it fast and fun on the boat.

Alex Steele 32 years old from BYC, he has participated on the BYC Baldwin Cup team over the last five years and was on the same sailing team as Law in College. Steele has the ability to think three moves ahead and keeps the team constantly thinking in this manner. For this reason I have asked Steele to be one of two watch captains on board for this race.

Carson Reynolds 32 years old from BYC, he too has also participated on the BYC Baldwin Cup team over the last five years. To be honest, this is really Reynolds team from the last Trans Pac that did very well. Reynolds is the manager that grasps the situation and makes good quick decisions. He also provides a barrel full of motivation and is our other watch captain.

Tom OKeefe is in his fifties and has been sailing Horizon for the last twenty years. I recall he has done four Trans Pacs on the boat. OKeefe is our go to guy, on where the different sails lead to, how to balance the boat and which sail should we be using.

Jeff “Elvis” Thorpe is in his late forties and has one of the best racing records, as navigator, to Hawaii. Thorpe pushes the boat, “ Are we here to race our are we cruising?” I have heard him say more than once while we ponder the thought of putting up more sail. Last season Thorpe guided our team to an overall win in the Puerto Vallarta Race and the California Offshore Race Week. 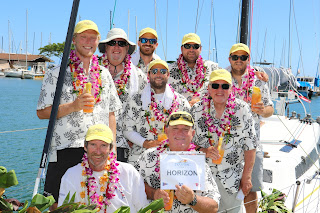 Len Bose is fifty-seven years old from BCYC. It’s my job to manage the team, herd the cats, and hope the plan all goes together.

Wish us luck, you can watch us at https://2017.transpacyc.com/media/watch