The Harbor Report: Grab a front seat for Baldwin Cup 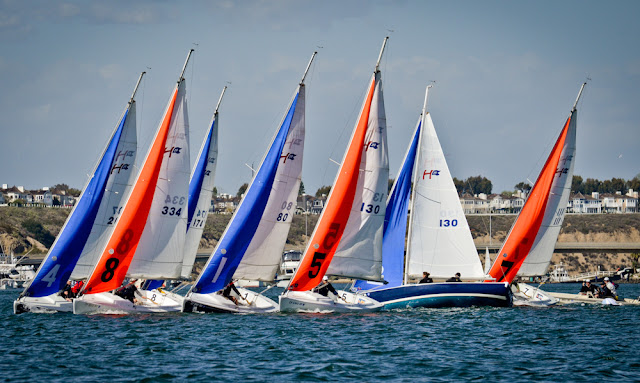 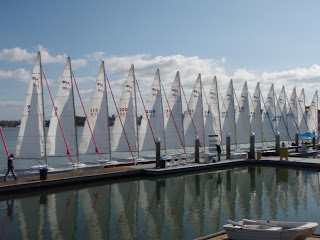 It's been very busy at NHYC for well over a month now getting ready for this event. The club has gathered over 100 volunteers working on boat preparation, media and race management. At my last count, there are 22 Harbor 20s in front of NHYC at this time. Each boat has been gone through by the club's "pit crew" in preparation for the race. Mike Nash, the chairman of the media and marketing subcommittee, said, "We give the boats a full dressing-up." This includes a complete detail from bow to stern, buff and wax to gel coat repair, running rigging, mast tuning and, in some cases, replacement of the standing rigging, which are the wires that hold the mast in place. Most of us Harbor 20 owners get in line and hope the club asks if they can use our boat. In fact, the club places a photo of the owner in their boat so that the competitors understand that they are borrowing boats.
"The club is in a very unique location, being in the middle of the harbor, and has the ability to offer a type of stadium observation of the regatta from its docks," Mike explained to me. "There will be over 150 races with announcers providing play by play on the front dock, we will also be posting interviews of the competitors on our Facebook page. You will be able to watch the event from home or work on the club's HD cameras, along with following a GPS tracking of the races provided by Kattack via the club's website at http://www.nhyc.org. Although, "the best place to watch from will be the main dock with other sailors around you," Mike explained with great enthusiasm. 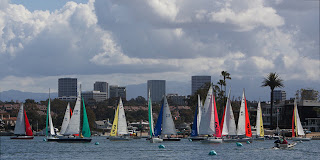 While watching from the main dock, keep in mind that team racing is a challenging form of sailboat racing. In each match, two teams of four boats are pitted against each other on an "N" shaped course. Oddly, the team with the least amount of points wins unless there is a tie, in which case the team that crosses the finish line first loses. The resulting tactics in this format are complex. It requires instantaneous decisions and superb boat-handling. Teams will have the same color jib, and all the excitement is normally around the turning marks, which are quite often within shouting distance from the main dock.
The big change this year, on the race course, is that the mooring balls will be removed. Over the last five years, there has always been an East Coast team that has won the regatta, and out of those five years, the New York Yacht Club has won three times. The winning team gets its yacht club name placed on the Baldwin Cup. When I asked Mike what second place receives for their efforts, he replied, "Ah, Len, there is no second."
I will be riding my bicycle down to the club and watching each day. The competition, the spectators, the warm Southern California weather, the 25-cent beer make you feel like opening day at a baseball game. Time to go raid my change jar and head down to the harbor to watch some world-class sailing and cheer for a West Coast team. For a list of all the sailors and updates from the event, go to my blog at lenboseyachts.blogspot.com.
Sea ya.
LEN BOSE is an experienced boater, yacht broker and boating columnist.

Yacht Rental In Dubai You made some decent points there. I looked on the internet for the issue .