On the Harbor: Vessel moorings and more 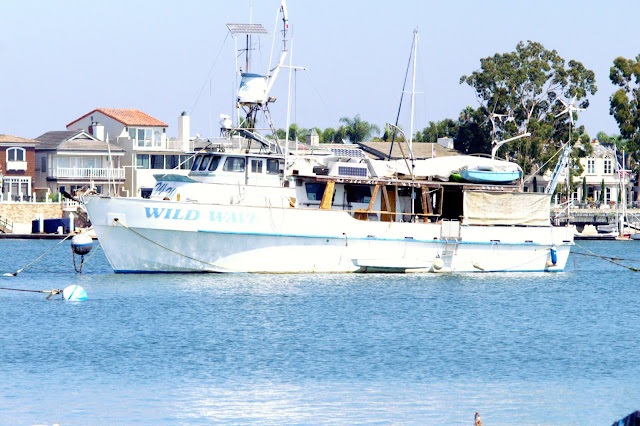 As we enter the first-week fall there is a lot more going on than just a Wild Wave of activity in the harbor.

Over the years there always seems to be that one problem boat, on a mooring, that’s more difficult and time-consuming to remove from the harbor than balancing the federal budget.
The task of revoking a mooring permit can drag on for years and normally ends up confrontational with the permit holder and the city of Newport Beach Harbor Department.

Which vessel or mooring am I referring to? I am not a betting man but I would bet that most of you know of the boat and mooring I am referring to. Just of the West Bay Ave beach on mooring F-14 lies a vessel that came from the movie Water World and continues to grow as time goes on. With more than sixteen code violations ranging from unsanitary conditions to unruly conduct by the vessel operator. To date, the vessel still remains on mooring F -14 as it has over the last five years.

In other news around the harbor, the city has received over forty applications for the job as Harbor Master. A panel has been selected to review the applicants with requirements being a Harbor Master for seven years, a Bachelors degree and a strong understanding of our harbor, etc. It will be rather interesting on who will be selected and which of the requirements were overlooked to find the right person. The job pays quite well and I would have to assume prospects are applying from all around the country.

I had another of my silly ideas the other day while sailing on the harbor. We had just entered into our starting sequence in the Five Points area, I still call it the turning basin, when I noticed a mega yacht just off the pavilion heading west into the harbor. The captain clearly understood the situation they were entering and did an outstanding job maneuvering through the Five Point area and up the Lido Channel. I was giving the race committee my two cents on why they should postpone the start. The race officer indicated that they had transmitted a securite on VHF Channel 16, my thoughts were how does one securite call reach someone who is over three hours out of the harbor. So here is my silly idea, can the Harbor Department record a daily securite alert and broadcast them every two hours between 6:00 AM to whenever needed. The concept can include social media alerts in the form of an app. The idea is a copy of the Notice to Mariners just a little easier to access. The day before an event the organizing authority can call in and remind the Harbor Department of their event, be it a sailboat race, permitted raft-ups, large charter boat routes, dredging barges, crew events, etc. The Harbor Master can create the recording, take notice of the securite alert on CH 16 then switch over to another channel for the complete alert. I feel it would be a pro-active measure to safety in our increasingly busy harbor. 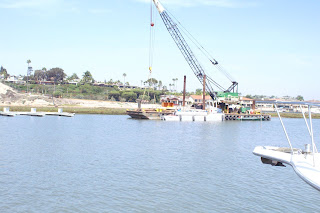 Dredging has continued in the Bayside Village Marina and will continue for the next month.
Bayside Village is located in the upper bay, I still call it the back bay, behind the trailer park. The process is time-consuming because there is mud under the docks and simply said mud has a lot of bad things in it and has to be removed out to sea. To get the barges out the harbor you have to work around the tides and the travel time.

Dredging is always good, along with updating the infrastructure of our harbor. I am not one to tell a marina owner how they have to design their marina. With the Newport Beach Shipyard and the property down Pacific Coast Highway along with the planned redevelopment of the Bayside Village, I am quite concerned with the reduction of slips for the smaller boats. You Duffy and Harbor 20 owners, that are not fortunate enough own a waterfront home, could easily be paying $ 2,000 a month for a slip within the next five years. Will this lead to less accessibility to the harbor? 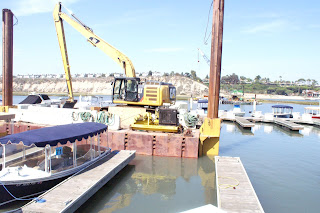 I received good JuJu from you readers for the Harbor 20 races so far PLEASE wish me more good luck. The next two weeks are for the big pickle dishes. If you have a moment please check out Don Logans drone footage of BCYC Club Championships at my blog site lenboseyachts.blogspot.com


Len Bose is a yachting enthusiast, yacht broker and harbor columnist for StuNewsNewport.

This is a must watch, just got off the phone with Don Logan and it sounds like he will be attending this year's Fleet Championships along with next years Class Championships.
Posted by Len Bose at 1:11 PM No comments:

On the Harbor: Wrapping up summer and moving into fall sailing – lots to look forward to

By LEN BOSE
September brings less daylight to our harbor, yet the harbor always comes to a boil this time of year as the Harbor 20 fleet 1 championships make landfall on October 6 and 7. Leading up to the main event – BCYC Club Championships are on September 16 and on September 22 is The Harbor 20 Tune up Regatta. The following weekend is the Harbor 20 Fall One Design Regatta on September 30 at NHYC.
What does this mean to you, the average harbor user? Not a darn thing. For us Harbor 20 sailors, it means we have checked all our lines for chaff and all shackle pins and ring-a-dings have been taped and checked. We break out our “freshies” – new sails – and call our divers three times to make sure they don’t miss a spot on the bottom of the boat. Protest flags are pulled out from the bottom of the boat to make them more accessible and all the participants turn their hats around and put on their game faces

What does this mean to you the average harbor user, not a darn thing. For us Harbor 20 sailors it means we have checked all our lines for chaff, all shackles pins and ring-a-dings have been taped and checked. We break out our “freshies”, new sails, and call our divers three times and to make sure they do not miss a spot on the bottom of the boat. Protest flags are pulled out from the bottom of the boat to make them more accessible and all the participants turn their hats around and put on their game faces. 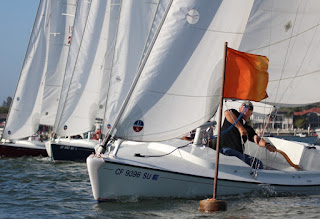 It is to early to predict who are the top contenders because registration has not opened up yet for the main event. To get a better idea on who has been on their game I will review this past summers twilight scores. For the Harbor 20’s the main two summer series are BCYC Taco Tuesdays and NHYC Twilights. Both series had over forty entries and over sixty races combined between the two of them.

Top finishers in the BCYC Taco Tuesdays where, in C Fkeet, Kathy Sangster finishing in 3rd aboard Dragon Lady, Dick Somers in 2nd sailing Stop Making Sense and Bob “Barbecue” McDonald taking home the pickle dish aboard Undecided. In B fleet it was all PJ Kohl sailing
A Tack Dragon sailing to first place. In second was Debra Haynes aboard Spirit and in third was Cole Pomeroy sailing A Salt & Battery. Over in A Fleet David Camerini took home the third place trophy, my wife Jennifer and I received the second place award with our boat Only Child and this years A fleet and overall winner was Mark Conzelman sailing Shana’s Secret.

At NHYC Twilght Series runs over a three month time span with awards handed out each month. Top finisher in C Fleet was Dick Somers taking a clean sweep across the boarding first place. In B fleet Peter Stemler won June, Jay Swigart sailing Holy Sheet won the July series and Mike Kohl was victories in the August series. In A Fleet Chris Allen won the month of June sailing Zephr, in July it was Bill Menninger aboard his red boat Dart and in August  it was Perry and Brian Bissell sailing Bluebird into the top spot.

For the most part this summer was sailed in light breeze of under eight knots with only three races when we had evenings of breeze over ten knots. Another great summer on our harbor is complete as we take off the gloves and kick it up a notch.

The best big boat racing is on Tuesdays nights again BCYC Taco Tuesdays and on Thursday nights Beercans sailed out of BYC. Taco Tuesdays had twenty-three entries and sixteen races with Jim O Conner sailing Celia to first place in C Fleet. Steve Fink sailed to first place in B fleet and Rhonda Tolar took home the Leopard’s skin in A Fleet sailing Wild Thing. Over at BYC Beercans had over thirty skippers sign up in a three month series. The June series was won by John Cooper in PHRF 5 aboard Gem. PHRF 4 John Szalay aboard his boat Pussycat won his division, Larry Walter sailed Cha Cha Cha in PHRF 3, Seth Hall won Perf 2 aboard Marisol and in PHRF 1 it was It’s OK that rang the bell. In July it was Wes Selby winning PHRF 1, Bill McKeever winning PHRF 2 aboard Reliance, Tracey Kenney sailed Slapshot to victory in PHRF 3, while Mark Hunter sailing his J 80 In Appropriate took PHRF 4. PHRF 5 was won again John Cooper. After I am done writing this I am headed out to sail in the last race of the summer so you will have to check back on who won the final series.

Wish me luck this month!


Len Bose is a yachting enthusiast, yacht broker and harbor columnist for StuNewsNewport.
Posted by Len Bose at 8:22 AM No comments: