Fish & Game Out This Weekend 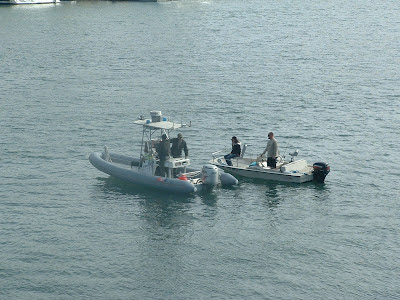 Noticed that the Fish & Game boat is working again. This shot was taken Friday at 2:00 PM.
Posted by Len Bose at 9:09 AM 1 comment:

In my column this week I wrote: "For what it's worth, in my opinion, the Harbor Commission needs to feel some love for the City Council if it truly expects good feedback. "

In my mind, I meant to write "From the City Council". I will retract that statement in my next column.
Posted by Len Bose at 11:02 AM No comments:

The upgrades have been minimal ,carbon forestay and spreaders, sails as per usual, we had started initially with Symmetrical kites but went over to Asymmetrical and bow sprit which is removable.
Carbon mast out of New Zealand by NZ Rigging. 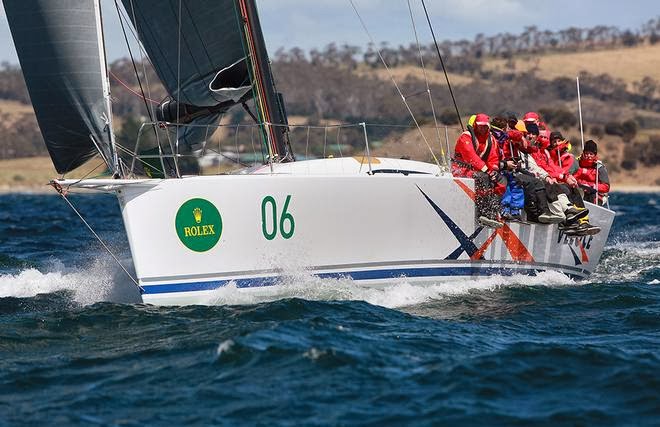 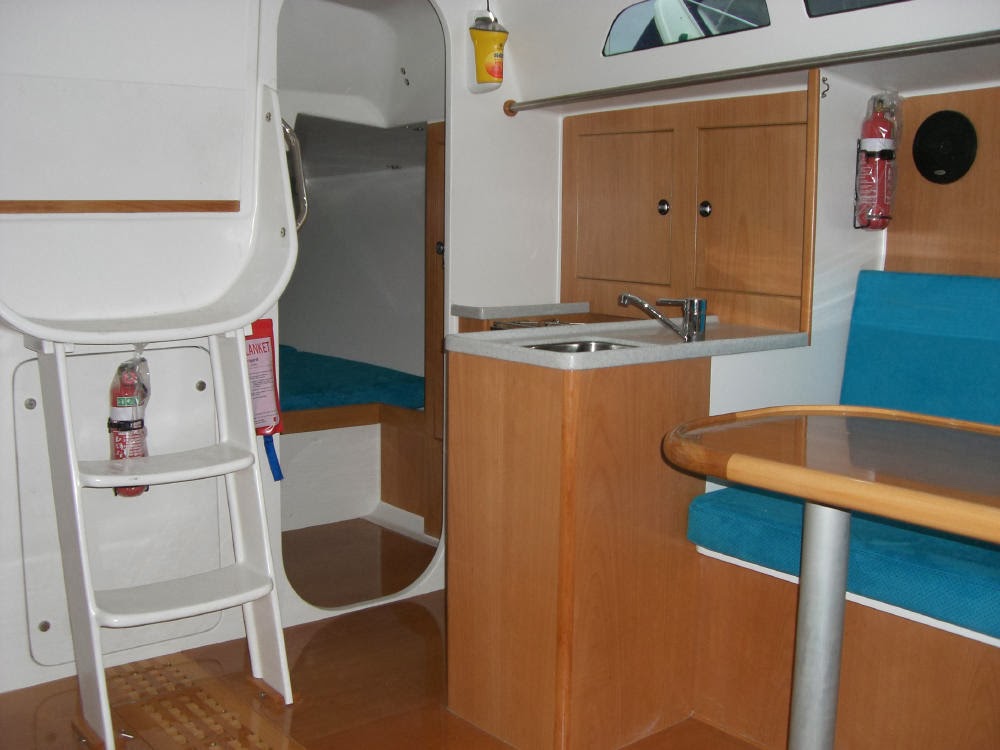 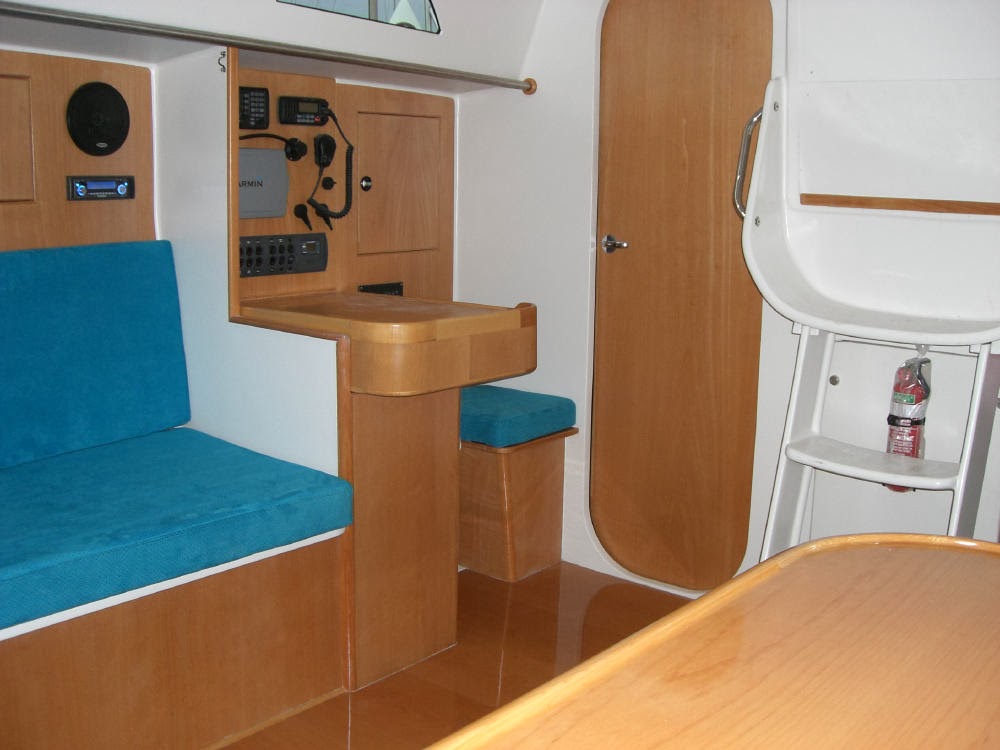 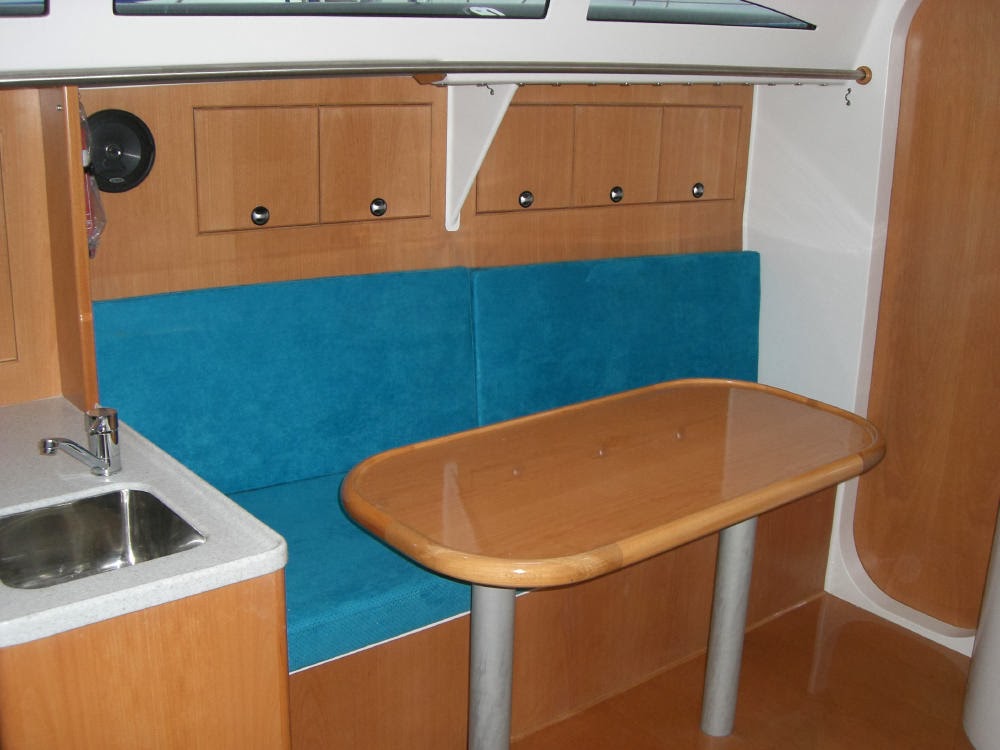 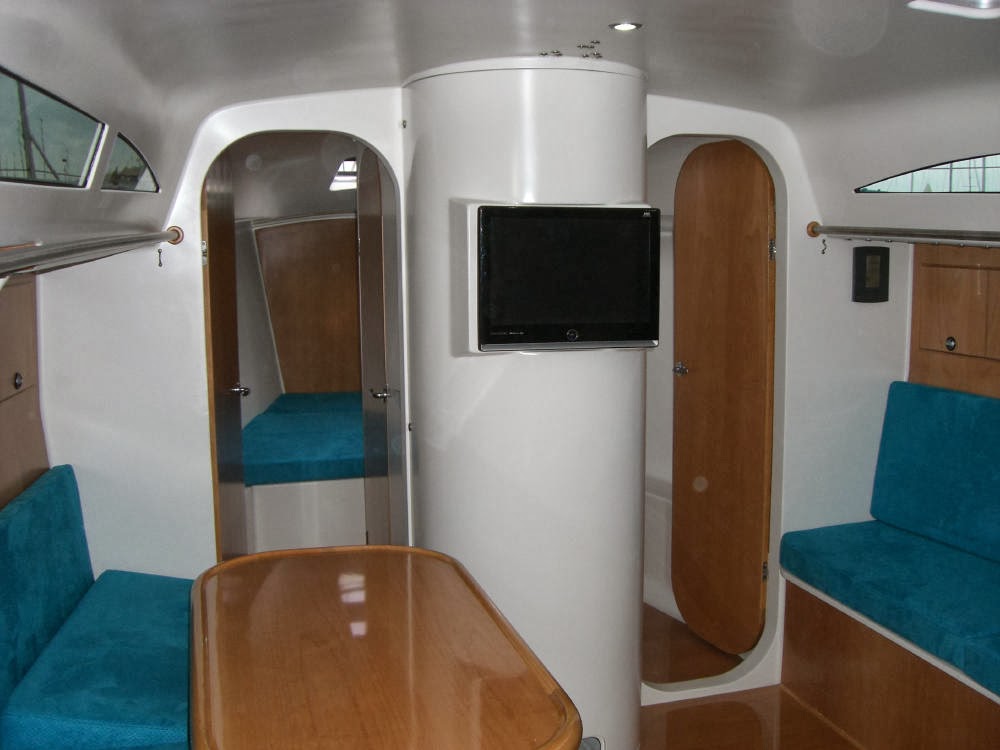 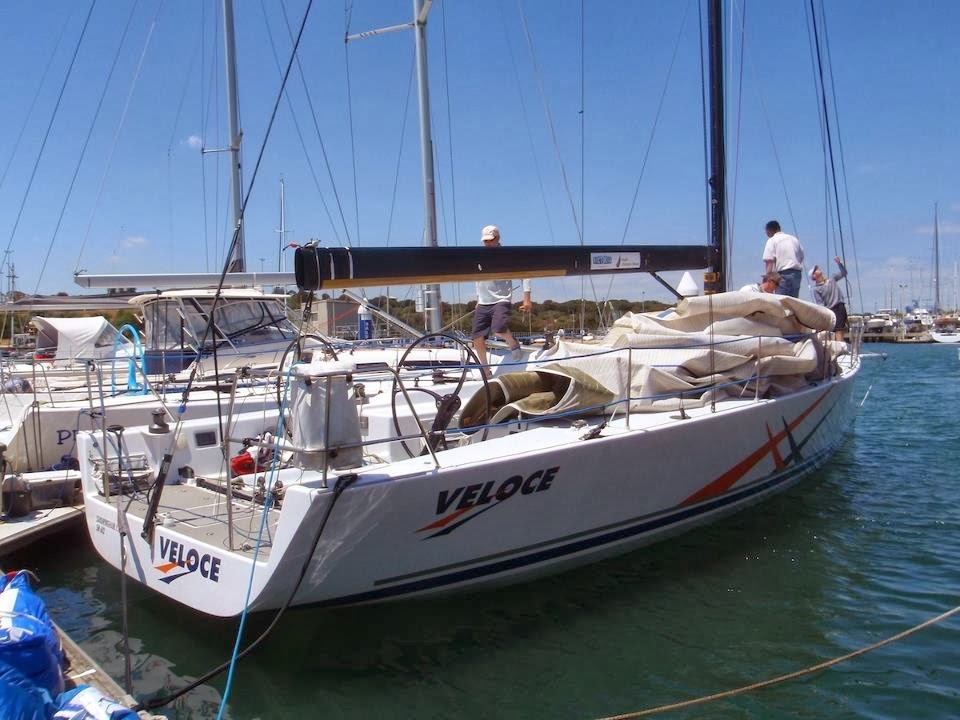 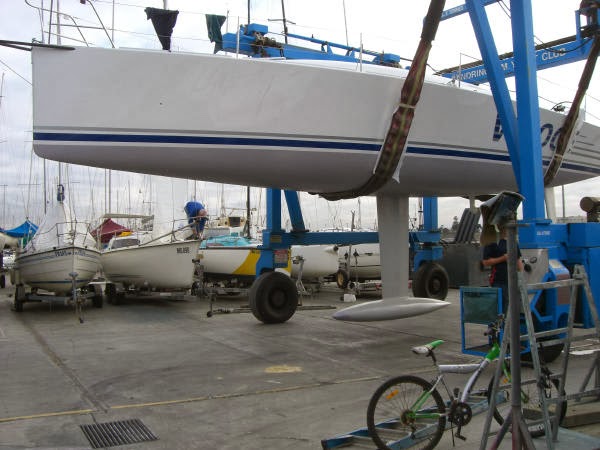 It looks to be a banner year! 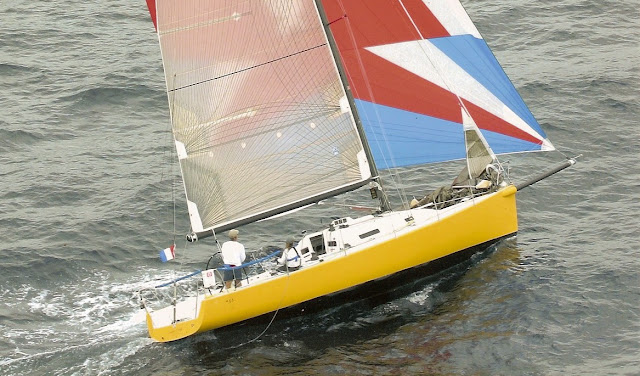 By Len Bose
By now I would assume that most of my readers have an Assn. of Orange Coast Yacht Clubs 2012 racing calendar and have targeted which events they plan to sail in this year.
There have been some format changes to a number of events that you should consider before the ink dries on your schedule for 2012.
Most of you have heard about the changes made to this year's Newport-to-Ensenada race on April 27-29.
This year's event has been moved to The Hotel Coral and Marina in Ensenada. That alone has deflated most of the participants' security concerns in crossing the border. Everything will be centered around The Coral, with the finish line being placed closer to the marina. Buses leaving from Newport Beach, Dana Point and San Diego will take people to the event and return them, with round-trip tickets costing $70 and one-way tickets costing $50.
That's a huge savings and the safest way to travel!
Participation has already reached last year's numbers, and the cruising class numbers are returning, along with sponsorship. This is going to be way too much fun!
Our harbor's next big event is the Newport High-Point Series, which consists of the following races: the American Legion Midwinter Regatta on Feb. 18 and 19; Balboa Yacht Club's 66 Series race on March 17; Newport Harbor Yacht Club's Ahmanson Cup Series on April 21 and 22; the Bahia Corinthian Yacht Club and South Shore Yacht Club's Gil Knudson Series on July 14; and the NOSA Argosy Regatta on Aug. 18 and 19.
The big change to the High-Point Series this year is the change of format in the Ahmanson Cup Series. NHYC Fleet Capt. Robert Kinney and the Race Council have come up with a brilliant idea to return the event more toward its original format, which ultimately will increase activity throughout the harbor. The first two races of the series will be a random leg in a pursuit format, and the last race of the series will be on May 5.
The first part of the Ahmason will be a perfect warm-up for the Ensenada race.
The other events I plan to attend this year are the BYC 66 Series and BCYC Angelman Series. Both yacht clubs are going the extra mile in supporting our harbor's PHRF racing and it's looking to be a banner year.
BCYC is also planning an islands race for June 8 that will go around Santa Barbara Island and Catalina Island. Go to my blog at http://lenboseyachts.blogspot.com and check out the BCYC promo for the Island Race. It's classic!
I also plan to be active in the Harbor 20 fleet this year, and will be running with one of my silly ideas starting at the time change this March on Wednesday nights. The idea is an informal team race series for the Harbor 20 owners, yacht clubs, high school and college teams.
Peter Haynes and I are working on the format on how to make this work. The whole idea is to encourage people ages 23 to 30 to stay active in sailing and our local yacht clubs.
Who knows — if this catches on, maybe we can even get one of our local yacht clubs invited to the NHYC Baldwin Cup.
Sea ya!
LEN BOSE is an experienced boater, yacht broker and boating columnist.
Posted by Len Bose at 8:28 AM No comments: 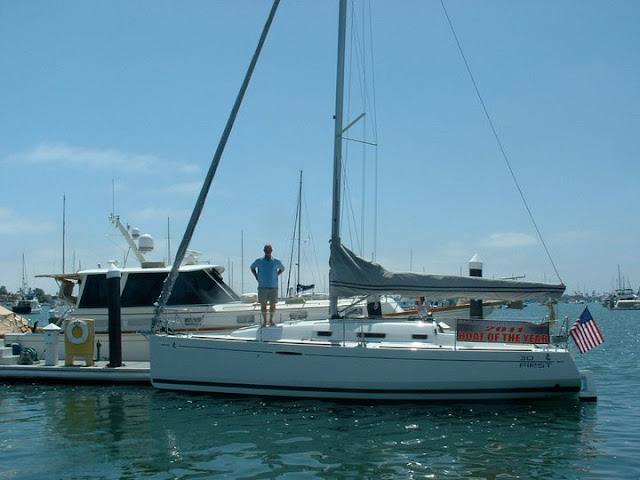 “Its TIME to make the Dealer an OFFER!”
If you are like me you have spent many hours racing around our local islands with the dream of someday racing double or single-handed in a Mini 6.5, Open 40, 50. Then reality sets in, I can’t just pack up leave the wife and kids at home and head over to Europe for a two-year campaign.
You continue to watch the Mini Transat and other Open events and look for ways to purchase a boat and bring it to the West Coast. The cost of shipping blows the equation out of the water and you notice the open boats have a hard time sailing to their rating. Next thing that happens is your kids come up to you and ask when is the next time we can go to Catalina?
Is this just me or is it you also?
Don’t look now but Beneteau has done it again by providing a boat that can race and when you get to your destination you want to stay on the boat. With the help of Juan K design you can now complete your dreams by sailing an open style boat and have the interior where the crew/family wants to spend the weekend on the boat. I like to use the example: While talking with your spouse, the boat will be referred to as “Our Boat” rather than “Your Boat”.
If you have the same dream as me, give me a call and we will set up a viewing of the First 30.
Len Bose(714) 916-0200
Posted by Len Bose at 1:46 PM No comments: