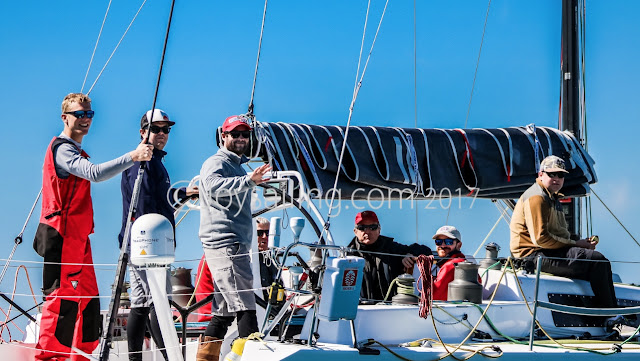 Feb 24 & 25 2017 Islands Race. At the start of the race we had a little more breeze than forecasted sailing well to Catalina rounding in fourth place in class. Code O to San Clemente arriving at the west end in third at 10:00 PM, changed to our North 1.5 an sailed faster and lower than the fleet to move ahead. Was one of the first boats to gybe and round San Clemente with one of the straightest tracks of the fleet. Go to http://yb.tl/islandsrace2017 and review our race, we dropped out at 07:09:47 due to the lack of wind and time constraints. Looks like it would have been a very tight race between us and the Duck in the light breeze.
Looking forward to another racing season competing against the SC 52 "Luck Duck" must have changed the lead with them four or five times before both boats withdrew.
The J 125's stuck it out and finished at 2:30Pm, you have to give it to them for that. Looks to have been a very close finish!
Our boat feels fast and with the team we have this season our competition is going have to want it more than us.
"Baby it was cold outside" 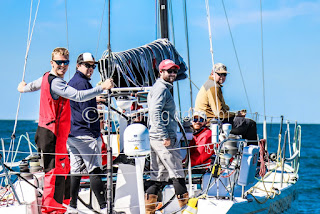 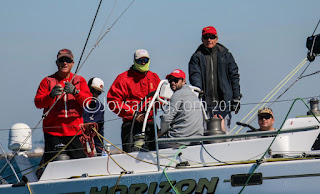 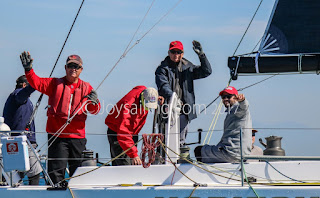 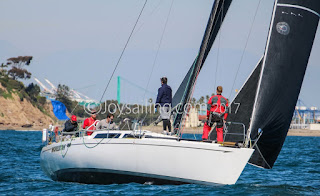 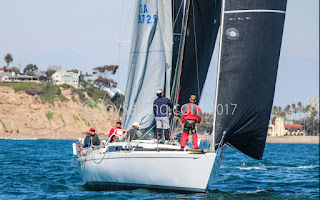 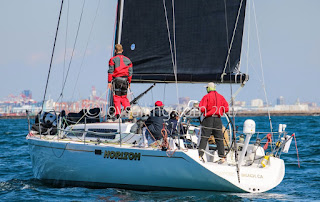 On the Harbor: Harbor 20 Midwinter regatta


This is my first entry to what will be a long-lasting relationship with StuNewsNewport. My name is Len Bose and I have been writing a harbor column for the last eight years.

You might have noticed my name selling yachts for the last 30 years, and I am a very active Harbor 20 sailor and manage the sailing team Horizon, a Santa Cruz 50, berthed here in Newport Harbor. In between my time on the water, you will find me attending Harbor Commission meetings and walking the docks looking for my next story, or helping out at the Bahia Corinthian Yacht Club.
This last weekend BCYC hosted the Harbor 20 Midwinter regatta that is the un-official start of the 2017 sailing season. Twenty-nine boats showed up on the starting line as the clouds broke up and a healthy cold 10-knot breeze rolled across the harbor on both Saturday and Sunday. The fleet consisted of 10 boats in C fleet, seven in B’s and 12 in A’s. Team Boomerang with Jessica Newman at the helm and crew Max Moosman were just able to keep Matt Campbell, sailing his boat Chloe, two points behind them after an eight-race regatta. B fleet was also a very close battle with Steve Schupak just edging Richard Loufek by one point to win the regatta and moved up to A fleet. I should mention that Jessica Newman also qualified to sail in B fleet in her next regatta by winning C fleet.

In A fleet it was quickly recognized that Zephyr skippered by Greg Hellas and crewed by Justin Law, undoubtedly two of the best sailors on Newport Harbor, were the favorites to win this weekend. In A fleet most anyone can have a good day although Bill Menninger always seems to have a few more good days than the rest of us. Greg Newman showed up with Alex Steele aboard Lady Luck and the three boats battled it out for the top three places in the fleet. Team Hellas and Law “Got ‘er done” with all first and second places with team Menninger taking second just three points ahead of team Newman and Steele.
Cocktails and awards were at BCYC after the racing and it’s always a great way to tell your sea stories and how one could have placed better over the two-day event.
On Sunday, the American Legion sponsored the PHRF Midwinters with 10 boats tackling the large swell that was running outside the harbor. The wind filled outside the harbor at about 10 knots out of the south. In PHRF A fleet the Brain Dougherty team aboard his J 105 Legacy won two of the three races and placed second in the other. Tim Harmon sailing his J 124 Cirrus came in second while the Sea Scouts Olson 30, skippered by Jasper Freedman, finished in third place.
In PHRF B fleet John Risvold Maiden split races with the Rosene Family’s Radical Departure and tired for first.
This coming weekend is the Newport Harbor Yacht Club and San Diego Yacht Clubs Islands race which starts in Long Beach goes around both Catalina and San Clemente Islands and finishes in San Diego just outside the harbor entrance. Newport Beach entries included the Newport Sea Base “Apprentice” an IMX 38, Paul Stemler will be aboard his J 44 “Patriot”, Steve Sellinger will be sailing his Santa Cruz 52 named “Triumph”, watch for Chris Heman’s well-sailed Rogers 46 “Varuna” and I will be skippering the Santa Cruz 50 Horizon.
Twenty-nine teams have entered this cold and demanding race as a practice race for this year’s Cabo and Trans Pac races. You can follow the race at http://yb.tl/islandsrace2016
Wish us luck and not to much wind.
Boat name of the week: Lucky Duck
Sea ya!
~~~~~~~~
Len Bose is a yachting enthusiast, yacht broker and harbor columnist for StuNewsNewport.
Posted by Len Bose at 4:34 PM No comments: